A Vote of Conscience 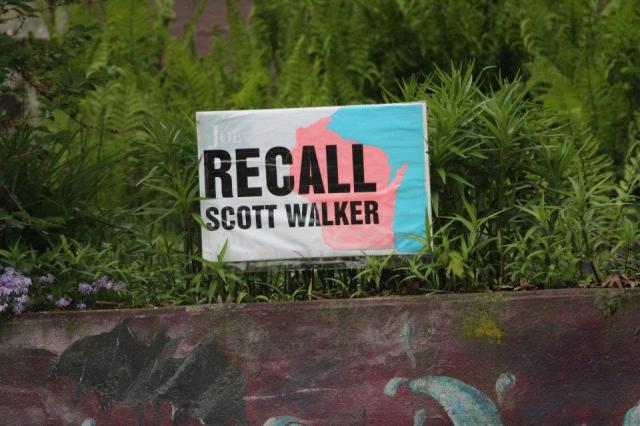 In most elections in this country the media, the two major political parties, and the pundits do their best to convince us that we need to vote for the lesser of two evils.  Rarely are there races where the electorate is genuinely excited by any of the candidates.  The analysis invariably comes down to who will be least likely to do damage, who will stray less from the truth and from their campaign promises rather than who might actually be a leader who can move us into the future.  For example, in the recent Republican Presidential primary season it more or less came down to which of the candidates was the least insane and the party faithful have sort of grudgingly accepted that Romney might be the one.  They are not that excited by him, but he was the lesser of several clowns.

In this country those who vote for third party candidates are berated for giving away votes that could have won the election for someone else’s candidate.  Witness Ralph Nader, Ross Perot, Pat Buchanan, or John Anderson.  All too often citizens have fallen for the lie that Americans have only a choice between two parties. But that is not necessarily true.  Granted, there are two major parties that currently control virtually everything politically in this country, but these parties were not with us throughout our entire history.  The Democratic Party has been around since the early 1800’s.  The Republican Party didn’t come about until the 1850’s.  Prior to that there were Whigs, Federalists, and others.  Since shortly after the Civil War every President has been a member of either the Democratic or Republican party, but there have been many third party Senators and House members, including independents and Socialists.  There have also been independent or third-party Governors, including Lincoln Chafee and Wisconsin’s own Philip La Follette.

Still, voters also often fall for the lie of the wasted vote.  It goes something like this:  If you vote for the third party candidate, or the candidate who doesn’t seem likely to win due to how they’re doing in the polls or how little money they’ve raised, then the candidate you don’t like will win because you wasted your vote on someone who can’t win.  The logic is that anything is better than the other party’s candidate, so you have to do whatever you can to prevent the bad candidate from winning, including voting against your own instincts and your own best interests.  Of course the alternative candidate really can’t win if everyone is convinced that a vote for him or her will be wasted and they end up voting for the lesser of two evils.  This will not change until citizens stop listening to the experts, study the candidates themselves, and vote for the candidate that best represents their interests regardless of the dire warnings of the consequences of “wasting a vote”.  The only wasted vote is one that is not for the best candidate.

In Wisconsin’s primary on Tuesday, the citizens of America’s Dairyland who want to recall Scott Walker have a chance to vote their consciences without fear of wasting their votes no matter the final results.  Here is why.  There are four Democratic candidates running in their primary.  Though a couple of them aren’t as well-liked as the rest by some, virtually everyone who wants to see Walker recalled is in agreement that even the worst of them is by far better than Walker retaining his office.  This is why they have behaved well and not attacked each other.  They are all on board with the same goal of defeating Walker.  Democrats, independents, and even Republicans are prepared to unite behind whichever candidate comes out of the Democratic primary as the winner.

But there a couple other twists.  There is one independent candidate, Hari Trivedi, who is running in the general election and there are supporters who will vote for him when that time comes.  Even if he doesn’t win, every vote he gets is a signal that all is not well with the two-party system here.

In addition, the Republicans have a primary also.  Though he has taken in twenty-five million dollars to defend his governorship Walker has a challenger in the Republican race, a young man by the name of Arthur Kohl-Riggs.  Kohl-Riggs was one of the regular protesters at the Capitol the past year and also a talented documentarian of the Wisconsin Uprising that occurred and brought tens of thousands of protesters to the Capitol Square.  He is a bright and articulate candidate and is not afraid to speak the truth and take on Walker.  In deciding to run he looked to the past and found camaraderie with progressive Republicans such as Abraham Lincoln, a staunch supporter of working people, and Wisconsin’s own Fighting Bob La Follette, a progressive who changed the way of government in this state and who, ironically, was largely responsible for there being a recall process in our Constitution.

For those who will be happy with any one of the candidates in the Democratic primary and who cannot bring themselves to vote Republican they can vote for whichever of the Democratic candidates best fits their own ideologies and they can feel good about it.  If their favorite candidate loses and they can support the winner as a better alternative to Walker they will be part of the unity effort to unseat the governor.  But if they don’t really care which of the Democrats wins they could also vote for the Republican challenger.  If enough of them vote for Kohl-Riggs Walker’s last stand could be in May instead of June.  Then voters could decide if they want the state to return to its Progressive Republican roots or return to the Democrats, either of which would start our state moving forward again.

The only ones who don’t have a choice are those who support Walker’s regressive policies.  For a while they were being encouraged to cross over and vote for the Democrat least likely to challenge Walker successfully.  But if they do that in large enough numbers to actually impact the Democratic primary they run the risk of enough of the Democrats crossing over to vote for Kohl-Riggs and upsetting Walker now.  Then it would come down to Kohl-Riggs and the weakest of the Democratic candidates and they could lose the governorship to their own party.  As a result they have to stay in their own primary or risk a devastating upset.  Kohl-Riggs was smart enough to know this when he got into the race and although Walker has tried to ignore him he has managed to get a lot of media coverage and to be a real threat in the Republican primary.

Whatever happens in the primary the results will be interesting and the last month of campaigning for the actual recall will be intense.  Most interesting of all is the fact that no one who wants to see Walker go has to cast a ballot that they feel is wasted.  Anyone they vote for other than Walker will be a vote of conscience and a valuable vote.  That is how every election should be.

Originally from Shullsburg, Wisconsin Callen Harty is the author of four books and numerous published essays, poems, and articles. His most recent book is The Stronger Pull, a memoir about coming out in a small town in Wisconsin. His first book was My Queer Life, a compilation of over 30 years worth of writing on living life as a queer man. It includes essays, poems, speeches, monologues, and more. Empty Playground: A Survivor's Story, is a memoir about surviving childhood sex abuse. His play, Invisible Boy, is a narrative with poetic elements and is also an autobiographical look as surviving child sex abuse. All are available on Amazon.com (and three of them on Kindle) or can be ordered through local bookstores, He has written almost two dozen plays and 50 monologues that have been produced. Most of them have been produced at Broom Street Theater in Madison, Wisconsin where he started as an actor, writer, and director in 1983. He served as the Artistic Director of the theater from 2005-2010. Monologues he wrote for the Wisconsin Veterans’ Museum won him awards from the Wisconsin Historical Society and the American Association of State and Local History. He has also had essays, poems, and articles published in newspapers and magazines around the country and has taken the top prize in several photo contests. His writing has appeared in Out!, James White Review, Scott Stamp Monthly, Wisconsin State Journal, and elsewhere. He has had several essays published online for Forward Seeking, Life After Hate, and The Progressive. Callen has also been a community activist for many years. He was the co-founder of Young People Caring, UW-Madison’s 10% Society, and Proud Theater. He served as the first President of Young People Caring and as the Artistic Director for Proud Theater for its first five years. He is still an adult mentor for the group. In 2003 he won OutReach’s Man of the Year award for his queer community activism. OutReach is Madison, Wisconsin’s lesbian/gay/bisexual/transgender community center. He also won a Community Shares of Wisconsin Backyard Hero award for his sex abuse survivor activism work. He has been invited to speak before many community groups, at a roundtable on queer community theater in New York City, and has emceed several events. In 2016, Wisconsin Coalition Against Sexual Assault named him their annual Courage Award winner for his activism, writing, and speaking on sexual assault.
View all posts by Callen Harty →
This entry was posted in Uncategorized and tagged Abraham Lincoln, Arthur Kohl-Riggs, Bob La Follette, Democrats, election, Hari Trivedi, Philip La Follette, politics, primary, Progressives, recall, Republicans, Scott Walker, two-party system, unity, vote, wasted vote, Wisconsin, Wisconsin Uprising. Bookmark the permalink.