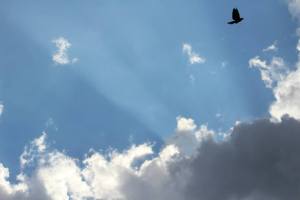 I am rising because silence is not an option any more. I was silenced too long by threats, social pressures, and my own shame and fear. It took me years to realize that keeping the abuse a secret helped no one but the one who abused me. Speaking up, sharing my story, has given me the strength that he took away from me as a child. I am no longer alone and I have gained my strength. I will not give it back.

I am rising because men have been taught to hide their emotions and male survivors have been taught to believe that we will be perceived as weak if we admit abuse or talk openly about feelings. I believe that admitting our pain takes more courage than stoicism does. By facing what happened to me I have gained the courage to talk about it and move past it. I will not return to a perception of masculinity that doesn’t allow me to be honest and real.

I am rising because we must all rise together to end sexual and physical violence in our world. Only when we face it can we overcome it. But we can’t do it alone. We must stand side by side–men and women, young and old, of every creed and color–if we are to end the violence. When a billion or more of us stand up we can end it. When a billion or more of us rise up we will not be put back down again.

This piece was written for the event, One Billion Rising, that will be held world-wide in February. In Madison, Wisconsin there will be an event at the Brink Lounge. Survivors were invited to submit poems and essays that were to take off on the theme of “I am rising because . . .” The submissions will be featured on a “Wall of Rising” at the event.

Originally from Shullsburg, Wisconsin Callen Harty is the author of four books and numerous published essays, poems, and articles. His most recent book is The Stronger Pull, a memoir about coming out in a small town in Wisconsin. His first book was My Queer Life, a compilation of over 30 years worth of writing on living life as a queer man. It includes essays, poems, speeches, monologues, and more. Empty Playground: A Survivor's Story, is a memoir about surviving childhood sex abuse. His play, Invisible Boy, is a narrative with poetic elements and is also an autobiographical look as surviving child sex abuse. All are available on Amazon.com (and three of them on Kindle) or can be ordered through local bookstores, He has written almost two dozen plays and 50 monologues that have been produced. Most of them have been produced at Broom Street Theater in Madison, Wisconsin where he started as an actor, writer, and director in 1983. He served as the Artistic Director of the theater from 2005-2010. Monologues he wrote for the Wisconsin Veterans’ Museum won him awards from the Wisconsin Historical Society and the American Association of State and Local History. He has also had essays, poems, and articles published in newspapers and magazines around the country and has taken the top prize in several photo contests. His writing has appeared in Out!, James White Review, Scott Stamp Monthly, Wisconsin State Journal, and elsewhere. He has had several essays published online for Forward Seeking, Life After Hate, and The Progressive. Callen has also been a community activist for many years. He was the co-founder of Young People Caring, UW-Madison’s 10% Society, and Proud Theater. He served as the first President of Young People Caring and as the Artistic Director for Proud Theater for its first five years. He is still an adult mentor for the group. In 2003 he won OutReach’s Man of the Year award for his queer community activism. OutReach is Madison, Wisconsin’s lesbian/gay/bisexual/transgender community center. He also won a Community Shares of Wisconsin Backyard Hero award for his sex abuse survivor activism work. He has been invited to speak before many community groups, at a roundtable on queer community theater in New York City, and has emceed several events. In 2016, Wisconsin Coalition Against Sexual Assault named him their annual Courage Award winner for his activism, writing, and speaking on sexual assault.
View all posts by Callen Harty →
This entry was posted in Uncategorized and tagged abuse, Brink Lounge, courage, fear, feelings, Madison Wisconsin, male survivors, masculinity, One Billion Rising, pain, physical violence, sexual violence, shame, silence, stoicism. Bookmark the permalink.