On the Josh Duggar Case 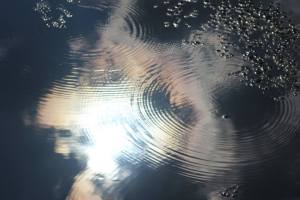 The Josh Duggar case has once again brought the issue of child sex abuse to the forefront of America’s consciousness. It will likely stay there for a couple weeks until the next hot story comes along and then it will be relegated to the back pages where no one will notice any longer. Eventually it will not even be a story any longer and everyone will soon forget it ever happened.

This happens repeatedly with our star-crossed media. A famous person is accused of having sexually abused young boys or girls and there is an immediate frenzy–not because a child was hurt, but because it was someone rich or famous who perpetrated the abuse. The story becomes about the abuser and not about the victims of it. There are rumors, innuendos, denials, and then the famous person is tried and convicted or–as happens more often–the story just goes away (often due to out-of-court settlements or expensive lawyers who know how to work the system; sometimes, as in the case of Duggar, because the statute of limitations has passed or victims are unwilling to speak).

In the silence after the story dies down thousands of nameless children continue to be abused by people who are not rich and famous. Unless a particularly heinous case comes to light we never hear about these. Often the abuse remains a dark secret and the perpetrator is never caught. Lives are shattered, families destroyed, and the earth keeps spinning into new days with no one noticing.

It is easy to notice when R. Kelly, Michael Jackson, Jimmy Savile, Gary Glitter, Roman Polanski, Jerry Sandusky, Will Hayden, Cliff Richard, Stephen Collins and so many others are publicly accused of these crimes. People take notice because of their celebrity–not because a child has been hurt and our natural instincts should be to protect our children.

One in four girls and one in six boys is sexually abused by the time they reach eighteen years old and unless they are abused by someone famous the vast majority of these crimes go unreported or unnoticed. Being abused by someone famous is statistically unlikely, if only for the fact that most of us will never know someone famous. Stranger danger is also unlikely; contrary to popular perception, it really doesn’t happen that often. We only think it does because those are the stories that draw media attention similar to famous people getting caught committing heinous crimes. A story about a brother molesting his sister for ten years or a church deacon molesting several boys is generally not considered newsworthy, unless that brother is well-known or unless the details are so lurid that the media believe it will pique the interest of the average consumer.

In reality, not on reality T.V. shows, most child abusers are members of the family or close trusted people and in most cases the perpetrators get away with it. If the abuse is even discovered many families, if not most, will do their best to hide what happened to protect the family. It may not be that conscious; they may just truly not know what to do. They deal with it–if they do at all–by considering it a private matter and trying to handle it without getting authorities involved.

Unfortunately, the Josh Duggar case is not that unusual. The only thing unusual about it is that it happened in a family that much of America feels they know because of their television show. The specifics of the case are not that different than the kinds of abuse cases that happen every day in cities and towns across this country, in rich families and poor ones. As detestable as the media handling of these stories can be, what stories like Josh Duggar’s do is bring light to a subject that is usually avoided in our society. It allows us to talk about the issue for a brief moment in time before the story fades away. Hopefully, in that brief span, some consciousness will be awakened. Maybe a mother or father who has suspicions about possible abuse in the family will sit down and talk with their children. Perhaps some boy or girl will recognize similar circumstances in the news reports and finally tell someone, “That happened to me.” That, at least, would make all the media hype worth it in the long run.

Originally from Shullsburg, Wisconsin Callen Harty is the author of four books and numerous published essays, poems, and articles. His most recent book is The Stronger Pull, a memoir about coming out in a small town in Wisconsin. His first book was My Queer Life, a compilation of over 30 years worth of writing on living life as a queer man. It includes essays, poems, speeches, monologues, and more. Empty Playground: A Survivor's Story, is a memoir about surviving childhood sex abuse. His play, Invisible Boy, is a narrative with poetic elements and is also an autobiographical look as surviving child sex abuse. All are available on Amazon.com (and three of them on Kindle) or can be ordered through local bookstores, He has written almost two dozen plays and 50 monologues that have been produced. Most of them have been produced at Broom Street Theater in Madison, Wisconsin where he started as an actor, writer, and director in 1983. He served as the Artistic Director of the theater from 2005-2010. Monologues he wrote for the Wisconsin Veterans’ Museum won him awards from the Wisconsin Historical Society and the American Association of State and Local History. He has also had essays, poems, and articles published in newspapers and magazines around the country and has taken the top prize in several photo contests. His writing has appeared in Out!, James White Review, Scott Stamp Monthly, Wisconsin State Journal, and elsewhere. He has had several essays published online for Forward Seeking, Life After Hate, and The Progressive. Callen has also been a community activist for many years. He was the co-founder of Young People Caring, UW-Madison’s 10% Society, and Proud Theater. He served as the first President of Young People Caring and as the Artistic Director for Proud Theater for its first five years. He is still an adult mentor for the group. In 2003 he won OutReach’s Man of the Year award for his queer community activism. OutReach is Madison, Wisconsin’s lesbian/gay/bisexual/transgender community center. He also won a Community Shares of Wisconsin Backyard Hero award for his sex abuse survivor activism work. He has been invited to speak before many community groups, at a roundtable on queer community theater in New York City, and has emceed several events. In 2016, Wisconsin Coalition Against Sexual Assault named him their annual Courage Award winner for his activism, writing, and speaking on sexual assault.
View all posts by Callen Harty →
This entry was posted in Uncategorized and tagged child sex abuse, Cliff Richard, Gary Glitter, Jerry Sandusky, Jimmy Savile, Josh Duggar, media, Michael Jackson, R. Kelly, reality T. V., Roman Polanski, statute of limitations, Stephen Collins, stranger danger, Will Hayden. Bookmark the permalink.

4 Responses to On the Josh Duggar Case