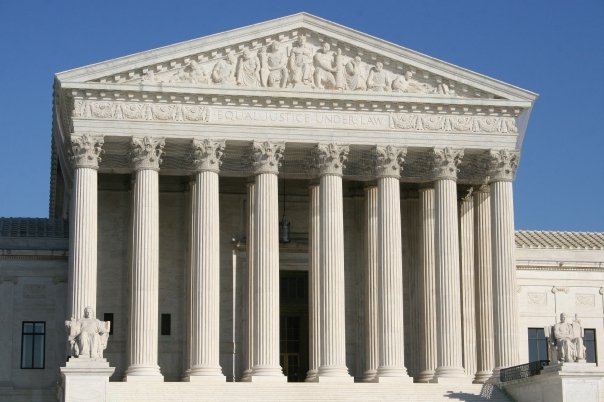 On the news this morning I repeatedly heard the argument from talking heads and Republicans that there is a 40-year tradition of no Supreme Court justices nominated and confirmed during an election year. According to these people it just doesn’t happen. For some reason this argument only goes back 40 years rather than looking at our entire history to determine what is tradition. Understood, traditions do change over time, so perhaps they simply selected a random number of years to determine what should be considered tradition. Whatever their reason for the time span selected they were all talking about it as if it were some kind of definitive guide for nominating and confirming justices—that it is just not done in the year before an election.

But let’s look at that 40-year “tradition” just a little closer. Remember, the argument is that justices are not nominated and confirmed in an election year.

Let’s go back exactly 40 years, which was the election year of 1976. There were no nominations to the Supreme Court in that year. However, John Paul Stevens had been nominated by Gerald Ford on November 28, 1975. The election in 1976 was on November 2, so the nomination was less than a year before the election date. According to the “tradition” that supposedly started that year Ford should not have nominated Stevens and the Senate should not have confirmed him because it was less than a year before an election. Bucking the “tradition” that supposedly started that year the Senate, which was controlled by Democrats, confirmed the Republican President’s nominee by a vote of 98-0 on December 17 of 1975.

This was hardly a repudiation of the idea of selecting a Supreme Court justice with an election looming. One would think there must be an incredible number of hotly contested nominations in election years since that time that helped cement this “tradition”. One would be wrong. It is simply not the case.

Since John Paul Stevens there have only been a couple of opportunities for a President to nominate a Supreme Court justice in the year of or within a year before an election.

Ronald Reagan nominated five justices during his Presidency, four of whom were confirmed. His first was Sandra Day O’Connor in 1981, his first year in office. William Rehnquist and Antonin Scalia were nominated in 1986, two years on either side of an election. Robert Bork was put forth in July of 1987, more than a year before the 1988 election. He was the only one of Reagan’s choices who was rejected, joining nine others in history that the Senate had outright rejected. Reagan’s last appointment was Anthony Kennedy, submitted to the Senate on November 30, 1987. The 1988 election was on November 8, just under a year after the nomination, so the tradition would dictate that he should not have been nominated and confirmed. The Senate, controlled by Democrats at the time, confirmed the nomination 97-0.

Until today, Ford’s nomination of Stevens and Reagan’s nomination of Kennedy were the only two Supreme Court justices nominated with less than a year before an election in the last 40 years.

Bill Clinton also appointed two justices. Ruth Bader Ginsburg was nominated in June of 1993 and Stephen Breyer in May of 1994. Both of these were between the election years of 1992 and 1996.

George W. Bush submitted three names in four nominations to the Senate, all of them within the first year after the election of 2004. He submitted John Roberts’ name on July 29, 2005 and that was withdrawn and then resubmitted on September 6 of the same year. Harriet Miers’ was submitted in October of 2005 and also withdrawn. Samuel Alito was then submitted in November and he was approved in early 2006.

Finally, Barack Obama has now put forth three nominees with the announcement today of his nomination of Merrick Garland. His first was Sonia Sotomayor, nominated in June of 2009, Obama’s first year in office. His second was Elena Kagan, nominated in 2010, two years after the 2008 election and two years before the 2012 election.

Merrick Garland is only the third nominee in the last 40 years submitted by a President with a year or less to go before an election. The first two were nominated by Republican Presidents and approved unanimously by Democratic-controlled Senates. This one looks to be a nominee who is not even going to be looked at by the Republican-controlled Senate. Whether that is right or wrong is being argued all over the press and social media, but to say it’s because of a 40-year tradition is an outright lie.

Originally from Shullsburg, Wisconsin Callen Harty is the author of four books and numerous published essays, poems, and articles. His most recent book is The Stronger Pull, a memoir about coming out in a small town in Wisconsin. His first book was My Queer Life, a compilation of over 30 years worth of writing on living life as a queer man. It includes essays, poems, speeches, monologues, and more. Empty Playground: A Survivor's Story, is a memoir about surviving childhood sex abuse. His play, Invisible Boy, is a narrative with poetic elements and is also an autobiographical look as surviving child sex abuse. All are available on Amazon.com (and three of them on Kindle) or can be ordered through local bookstores, He has written almost two dozen plays and 50 monologues that have been produced. Most of them have been produced at Broom Street Theater in Madison, Wisconsin where he started as an actor, writer, and director in 1983. He served as the Artistic Director of the theater from 2005-2010. Monologues he wrote for the Wisconsin Veterans’ Museum won him awards from the Wisconsin Historical Society and the American Association of State and Local History. He has also had essays, poems, and articles published in newspapers and magazines around the country and has taken the top prize in several photo contests. His writing has appeared in Out!, James White Review, Scott Stamp Monthly, Wisconsin State Journal, and elsewhere. He has had several essays published online for Forward Seeking, Life After Hate, and The Progressive. Callen has also been a community activist for many years. He was the co-founder of Young People Caring, UW-Madison’s 10% Society, and Proud Theater. He served as the first President of Young People Caring and as the Artistic Director for Proud Theater for its first five years. He is still an adult mentor for the group. In 2003 he won OutReach’s Man of the Year award for his queer community activism. OutReach is Madison, Wisconsin’s lesbian/gay/bisexual/transgender community center. He also won a Community Shares of Wisconsin Backyard Hero award for his sex abuse survivor activism work. He has been invited to speak before many community groups, at a roundtable on queer community theater in New York City, and has emceed several events. In 2016, Wisconsin Coalition Against Sexual Assault named him their annual Courage Award winner for his activism, writing, and speaking on sexual assault.
View all posts by Callen Harty →
This entry was posted in Uncategorized and tagged Anthony Kennedy, Antonin Scalia, Barack Obama, Bill Clinton, Clarence Thomas, David Souter, Democrats, election year, Elena Kagan, George Bush, George W. Bush, Gerald Ford, Harriet Miers, John Paul Stevens, John Roberts, justices, Merrick Garland, President, Republicans, Robert Bork, Ronald Reagan, Ruth Bader Ginsburg, Samuel Alito, Sandra Day O'Connor, Senate, Sonia Sotomayor, Stephen Breyer, Supreme Court, talking heads, traditions, William Rehnquist. Bookmark the permalink.