The Real Story of Assault 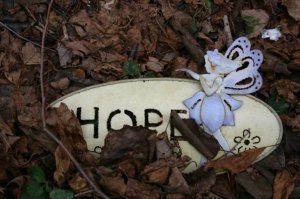 The way that America’s media and Americans’ attention span works it will likely be another couple or few weeks that everyone is fascinated by all the sexual abuse, sexual harassment, and child sex abuse stories popping up every day. Because the Harvey Weinstein story caught fire journalists started looking for more stories like it and there were women and some men who had been victims of assault who started to realize that maybe for the first time in their lives and in our country’s history they could share their stories and would be believed. So they spoke out and they were believed and people like Weinstein, Kevin Spacey, and many, many others were suddenly being held accountable.

The thing is, the hunger for these stories is not because the general public suddenly cares about sexual assault. It is a result of our celebrity culture, a culture that elected a reality television star President, a culture that focuses all of its attention on the rich and famous, a culture that loves to build up stars and then rip them down. The attention is all on the alleged famous perpetrators–Spacey, Al Franken, Louis CK, James Toback, Roy Moore, and about two dozen others–but not on those who may have suffered at their hands. The focus is on what the famous people allegedly did, not on what their victims suffered. How many can even name more than one or two of the accusers? Likely a scant few.

The discussions raised because of these stories are about the effects of the accusations on the careers of these well-known and powerful men, not on the effects on the women and men abused by them. If the country’s attention can be held for a bit perhaps some laws will be passed that will make perpetrators think twice about their behavior. One can hope. Or perhaps, and maybe more likely, some other unexpected hot story will come along and journalists by then can only find B list celebrities accused of sexual assault, so the sexual assault story line fades into the background. It has happened before. Think of Roman Polanski, Woody Allen, R. Kelly, Jerry Sandusky, Bill Cosby, Josh Duggar, and many others. Stories about them held our attention for a few brief moments and then faded away into nothingness and all was forgotten. And again, how many can name the people they hurt? Likely not many. Maybe this time some things will change. Maybe not.

Meanwhile, in cities and towns across the country there are countless boys and girls, women and also men, who are sexually assaulted on a daily basis, and they don’t get headline stories in the New York Times. Their perpetrators often keep them silenced through threats and intimidation. As many as one in three girls and one in five or six boys is sexually abused before the age of eighteen. There is approximately one rape every two minutes in this country. One rape every two minutes. It is not just the rich and powerful who commit these acts. It is an epidemic that reaches every layer of this society.

We cannot let this moment pass. We need to shift the discussion from the perpetrators to the victims and survivors. We need to shift the focus from the sensationalized headlines of the famous falling from grace to the needs of those who are rising out of shame and fear. We need to pass laws like the Child Victims Act and Erin’s Law in every state and at the national level. We need to take care of those who have been victimized and work hard to make sure there are no further victims. We owe it to each other. We have let this behavior go for far too long.

While these salacious stories of the powerful have brought attention to the issues of assault and harassment we need for the attention to help cause a fundamental shift in our thinking about behavior and the culture in which we live. If it doesn’t, thousands upon thousands more voices will be silenced than the dozens that have recently spoken.

Originally from Shullsburg, Wisconsin Callen Harty is the author of four books and numerous published essays, poems, and articles. His most recent book is The Stronger Pull, a memoir about coming out in a small town in Wisconsin. His first book was My Queer Life, a compilation of over 30 years worth of writing on living life as a queer man. It includes essays, poems, speeches, monologues, and more. Empty Playground: A Survivor's Story, is a memoir about surviving childhood sex abuse. His play, Invisible Boy, is a narrative with poetic elements and is also an autobiographical look as surviving child sex abuse. All are available on Amazon.com (and three of them on Kindle) or can be ordered through local bookstores, He has written almost two dozen plays and 50 monologues that have been produced. Most of them have been produced at Broom Street Theater in Madison, Wisconsin where he started as an actor, writer, and director in 1983. He served as the Artistic Director of the theater from 2005-2010. Monologues he wrote for the Wisconsin Veterans’ Museum won him awards from the Wisconsin Historical Society and the American Association of State and Local History. He has also had essays, poems, and articles published in newspapers and magazines around the country and has taken the top prize in several photo contests. His writing has appeared in Out!, James White Review, Scott Stamp Monthly, Wisconsin State Journal, and elsewhere. He has had several essays published online for Forward Seeking, Life After Hate, and The Progressive. Callen has also been a community activist for many years. He was the co-founder of Young People Caring, UW-Madison’s 10% Society, and Proud Theater. He served as the first President of Young People Caring and as the Artistic Director for Proud Theater for its first five years. He is still an adult mentor for the group. In 2003 he won OutReach’s Man of the Year award for his queer community activism. OutReach is Madison, Wisconsin’s lesbian/gay/bisexual/transgender community center. He also won a Community Shares of Wisconsin Backyard Hero award for his sex abuse survivor activism work. He has been invited to speak before many community groups, at a roundtable on queer community theater in New York City, and has emceed several events. In 2016, Wisconsin Coalition Against Sexual Assault named him their annual Courage Award winner for his activism, writing, and speaking on sexual assault.
View all posts by Callen Harty →
This entry was posted in Uncategorized and tagged Al Franken, America, assault, B list celebrities, Bill Cosby, celebrity culture, child sex abuse, Child Victims Act, Erin's Law, Harvey Weinstein, James Toback, Jerry Sandusky, Josh Duggar, journalists, Kevin Spacey, Louis CK, New York Times, President, R. Kelly, rape, reality television, rich and famous, Roman Polanski, Roy Moore, sexual abuse, sexual assault, sexual harassment, stars, survivors, victims, Woody Allen. Bookmark the permalink.