The Agony of Aging 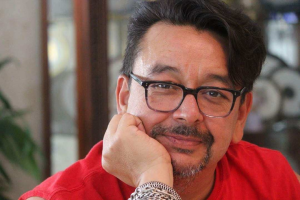 While I don’t really feel all that old, I am keenly aware that I am aging. I could still live for several more decades, but maybe not. I’m in my 60s now and have had several heart issues. My sight isn’t as good as it used to be, hearing is more difficult, and it takes more energy to do things than it did when I was a younger person. But it is not health issues, the slow disintegration of one’s body, or even the realization of one’s own mortality that is the hardest thing about aging.

As you survive each year, there are others who do not. As you reach the plateau of each new year or decade, there are more people–acquaintances, friends, and family–who are no longer making the same journey with you, who have dropped off and moved on to another plane where you can still love them, but no longer hug them, see them smile, or talk to them.

Yesterday I found out that a dear friend of mine, a man I met when he was in his late teens or early 20s, died at the young of 54. I was a part of about two-thirds of Donato’s life and he was a part of more than half of mine, and now there is another hole where there was once a joyful, beautiful person. While we would go long periods without contact, we stayed in touch and he was one of those people for whom it seemed that no time had passed whenever we reconnected. We just picked up where we last left off.

In just the last couple years, several acquaintances, a couple good friends, and my mother have all died. One of those was only 29. My mother was 92. All of them went too soon. They always do. If it’s while you are still walking the earth, it is too soon. This is the hard part of aging. This is the loss that really hurts. I can deal with my own body slowly weakening as I grow into old age, but having less and less people to share my joys and sorrows with makes my heart and soul weaker also.

I will miss Donato as I miss Lars Prip, Mom, Brendan Hartmann, Joe Johnson, Jim Green, and all of those who passed even before them. I will ache over this. I will look at old photos and smile, remember laughter and good times and smile again, and then I will realize that those things are only memories and dust and that each day I live is a little lonelier without Donato and without all of those loved ones who left too early.

Originally from Shullsburg, Wisconsin Callen Harty is the author of four books and numerous published essays, poems, and articles. His most recent book is The Stronger Pull, a memoir about coming out in a small town in Wisconsin. His first book was My Queer Life, a compilation of over 30 years worth of writing on living life as a queer man. It includes essays, poems, speeches, monologues, and more. Empty Playground: A Survivor's Story, is a memoir about surviving childhood sex abuse. His play, Invisible Boy, is a narrative with poetic elements and is also an autobiographical look as surviving child sex abuse. All are available on Amazon.com (and three of them on Kindle) or can be ordered through local bookstores, He has written almost two dozen plays and 50 monologues that have been produced. Most of them have been produced at Broom Street Theater in Madison, Wisconsin where he started as an actor, writer, and director in 1983. He served as the Artistic Director of the theater from 2005-2010. Monologues he wrote for the Wisconsin Veterans’ Museum won him awards from the Wisconsin Historical Society and the American Association of State and Local History. He has also had essays, poems, and articles published in newspapers and magazines around the country and has taken the top prize in several photo contests. His writing has appeared in Out!, James White Review, Scott Stamp Monthly, Wisconsin State Journal, and elsewhere. He has had several essays published online for Forward Seeking, Life After Hate, and The Progressive. Callen has also been a community activist for many years. He was the co-founder of Young People Caring, UW-Madison’s 10% Society, and Proud Theater. He served as the first President of Young People Caring and as the Artistic Director for Proud Theater for its first five years. He is still an adult mentor for the group. In 2003 he won OutReach’s Man of the Year award for his queer community activism. OutReach is Madison, Wisconsin’s lesbian/gay/bisexual/transgender community center. He also won a Community Shares of Wisconsin Backyard Hero award for his sex abuse survivor activism work. He has been invited to speak before many community groups, at a roundtable on queer community theater in New York City, and has emceed several events. In 2016, Wisconsin Coalition Against Sexual Assault named him their annual Courage Award winner for his activism, writing, and speaking on sexual assault.
View all posts by Callen Harty →
This entry was posted in Uncategorized and tagged acquaintance, acquaintances, aging, Brendan Hartmann, Donato Deshmukh, dust, energy, family, friends, good times, hearing, heart, heart issues, Jim Green, Joe Johnson, journey, joys, Lars Prip, laughter, live, lonelier, loss, love, memories, Mom, mortality, mother, sight, smile, sorrows, soul, younger. Bookmark the permalink.