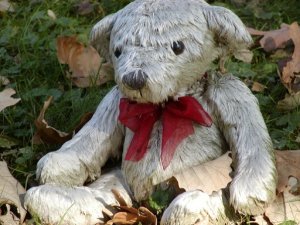 As we near the end of Sexual Assault Awareness Month I’ve been thinking about something helpful I could write about it. One of the things I talk about when I share my survivor story to general audiences is what signs to look for in your child that might tell a parent or other adult that a child has been (or is being) abused. At the very least asking the young person about these signs could open up an important conversation and let the child know that you are concerned and that you are open to them sharing whatever is going on in their lives. If they are not ready when you first talk to them they will know that they can come back to you later and it will be safe.

Unless there is some physical evidence of abuse or a child tells you directly that they have been abused there are really no definitive signs–there is not just one thing you can point to as proof. Usually it’s a combination of signs or changes in the child. Some children will exhibit a number of these signs, some only a few, some almost all. The difficulty is that there are many things that can cause some of the things to look for–sex abuse, drug use, bullying, and more. The important thing is that if a child exhibits a number of these signs there is likely something going on and checking in with them is an important thing for you to do. If it proves not to be sex abuse it is likely to be something else for which they need help.

These signs have been culled from a number of different resources. Most of them are on most of the lists and a few are only on a small number of the lists. With that said here are some of the things to look for:

This may not be a comprehensive list, but it includes many, if not most, of the signs of potential child sex abuse. Please keep in mind that any one of these signs, or even a number of them together, may not be an indicator of abuse, but they could be cause for concern. Checking in with a child about any of these could open up an important conversation. Even if it proves not to be sex abuse, a person may discover other important things going on in the child’s life for which they need help.

There are also some signs to watch for in adult behavior which may be danger signs of a potential child abuser. Predators tend to groom children over a period of time, getting them to trust the adult little by little, even long before the first instance of abuse. There are also abusers who may not be serial predators but for one reason or another take advantage of a situation that presents itself. Again, any one or a number of these, do not necessarily prove that the person is an abuser, but could be cause for concern and extra precaution. It wouldn’t be wise to suddenly accuse someone of abuse just because one or more of these signs is present, but it might be prudent to be more watchful or to talk to the child.

As noted any one or a combination of these signs does not prove that the adult in question is an abuser. However, it would not hurt to keep a watchful eye on that person or even to go so far as to try to ensure that the child is not left alone with them. Trust your child and trust your instincts. Most child sex abuse is perpetrated by adults that the child and family both know and trust. Some of these signs may help adults determine who to trust a little less.

The most important thing is to always have open communication with the young people in your lives. Let them know early on that you care for them and that they can talk to you about anything. Listen to them and trust what they tell you. Talking regularly to them and checking in about all aspects of their lives could prevent a great deal of heartache down the road.

Originally from Shullsburg, Wisconsin Callen Harty is the author of four books and numerous published essays, poems, and articles. His most recent book is The Stronger Pull, a memoir about coming out in a small town in Wisconsin. His first book was My Queer Life, a compilation of over 30 years worth of writing on living life as a queer man. It includes essays, poems, speeches, monologues, and more. Empty Playground: A Survivor's Story, is a memoir about surviving childhood sex abuse. His play, Invisible Boy, is a narrative with poetic elements and is also an autobiographical look as surviving child sex abuse. All are available on Amazon.com (and three of them on Kindle) or can be ordered through local bookstores, He has written almost two dozen plays and 50 monologues that have been produced. Most of them have been produced at Broom Street Theater in Madison, Wisconsin where he started as an actor, writer, and director in 1983. He served as the Artistic Director of the theater from 2005-2010. Monologues he wrote for the Wisconsin Veterans’ Museum won him awards from the Wisconsin Historical Society and the American Association of State and Local History. He has also had essays, poems, and articles published in newspapers and magazines around the country and has taken the top prize in several photo contests. His writing has appeared in Out!, James White Review, Scott Stamp Monthly, Wisconsin State Journal, and elsewhere. He has had several essays published online for Forward Seeking, Life After Hate, and The Progressive. Callen has also been a community activist for many years. He was the co-founder of Young People Caring, UW-Madison’s 10% Society, and Proud Theater. He served as the first President of Young People Caring and as the Artistic Director for Proud Theater for its first five years. He is still an adult mentor for the group. In 2003 he won OutReach’s Man of the Year award for his queer community activism. OutReach is Madison, Wisconsin’s lesbian/gay/bisexual/transgender community center. He also won a Community Shares of Wisconsin Backyard Hero award for his sex abuse survivor activism work. He has been invited to speak before many community groups, at a roundtable on queer community theater in New York City, and has emceed several events. In 2016, Wisconsin Coalition Against Sexual Assault named him their annual Courage Award winner for his activism, writing, and speaking on sexual assault.
View all posts by Callen Harty →
This entry was posted in Uncategorized and tagged abuse, alcohol abuse, anxiety, becwetting, boundaries, bullying, child sex abuse, depression, drug abuse, fear, grooming, nightmares, physicality, predators, Pregnancy, runaway, SAAM, self-confidence, self-harm, sex abuse, Sexual Assault Awareness Month, sexual behavior, sexually transmitted diseases, signs, suicide, survivor. Bookmark the permalink.